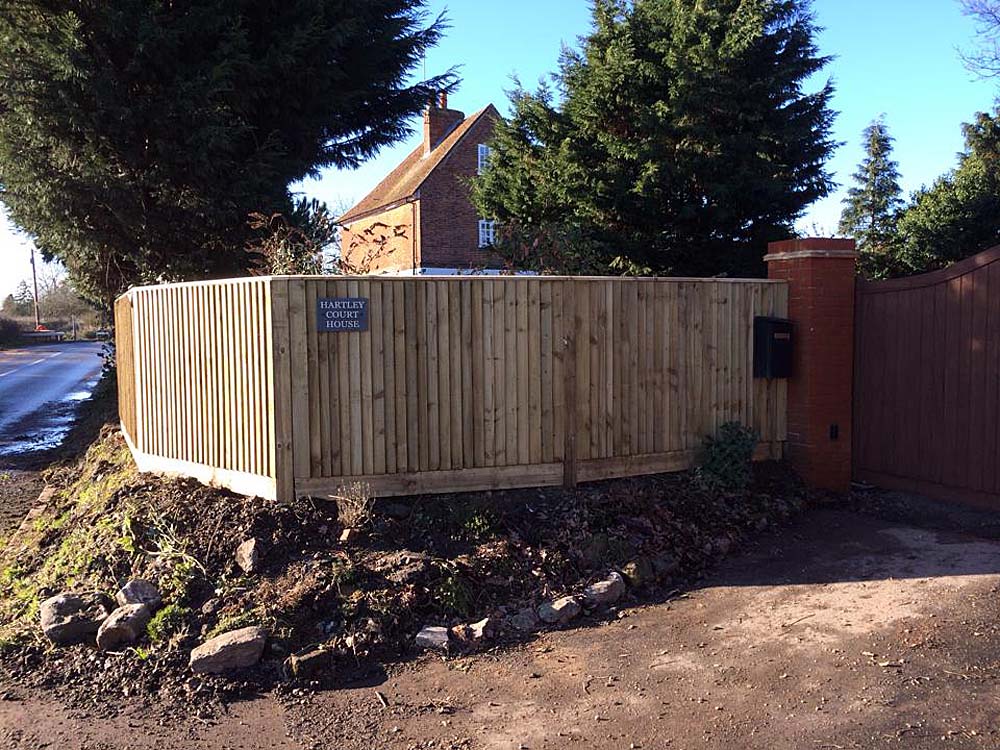 Andrew and Shirley were an unlucky couple that got badly hit by those crazy winds at the beginning of 2014. They lost several fence panels during the gales and were completely at risk due to flooding outside their home. They needed MH LANDSCAPES help securing their property again, and we were straight on the case.

We began work clearing the site of all the damaged panels and old fence posts then installed a smart feather edge fence with 6inch gravel boards and top capping, around the perimeter. It was a complex job, not only because of the flooded road next to the house, but because of trees and shrubs that were growing alongside it. However, the finished fencing was neat and sturdy and both Andrew and Shirley were delighted with it!

Shirley
Fantastic job! …and you worked so hard in such tough conditions!

Annette & Andy
Our garden is fantastic, I looked at it again earlier & it looked just like something out of a design magazine… We are extremely pleased with the MH Landscapes team!
More comments...